I have found the OHC amazing and recommended them to several people. Sara Jackson (nutritionist) has sorted out problems for me that others could not and has worked with me to enhance my immunity and energy levels with nutritional and supplemental, dietary and lifestyle advice. This has helped me so much in a holistic way. I love the way you are seen as an individual and not a diagnosis. This for me has been life changing in so many ways, I can’t thank her and the OHC enough.

I was diagnosed with the Epstein Barr virus in 1996. I had been writing a journal for about 15 years but at this time there is a gap of about 3 years when I was too weak to write. My first entry after the gap  records my condition as feeling too weak to lift a book or organise my thoughts.

For the next 20 years my life was a constant process of raised hopes and relapses as I tried one therapist after another. Some were able to help me a little. An acupuncturist solved my neck pain and Dr Sarah Myhill suggested various supplements which raised my energy levels a little.

As a last throw of the dice I contacted the Optimum Health Clinic in 2017 and was assigned to Claire Sehinson, a Nutritional Therapist and, based on my blood tests, she worked out a “maintenance protocol” for me which gave me a firm basis for improving my diet and supplement plan.

Rest had constituted a major part of my life for many years. Nothing happens instantly with natural medicine but one day a year or two ago I realised I’d forgotten to have afternoon naps recently! I’ve had one knee replacement, but strangely my other knee is also totally free of pain, and my hands which were once so painful, are now fine. I now read a lot, talk to friends for hours and enjoy most of the things in life that I value. Why did you come to OHC?
I had found information online. I’d been struggling with fatigue for more than 3 years and got some help.  I kept looking but just wasn’t making substantial progress. And I think somehow the information you put out made sense.

What was your life like at the time?
After a bout of flu Xmas 2014 (with 6 months of fatigue before that) I was eventually diagnosed with fatigue.

Through 2015 long periods away from work – 5 months and then short time back and then again 5 months, so I took early retirement from teaching December 2015.
2016 – Was in much pain so rested and just did a few bits of private music teaching.
By the end of the year I was doing better, though my mum was getting really ill.
2017 My mum died in February and my body again just shut down and I was very ill again for much of the year. Continued to teach a few students. In September started a 1 day a week course.
2018 Took OHC course in the summer after more bouts of crashes etc.

During all of this time intense pain all over, Crash state through 2015-2016 and then again 2017, dreadful brain fog, very, very weak physically and no energy.

I had been a Head of an Inner London Music Service and then took an MMus in Composing for Film and TV just before I became ill. So from being very busy, enjoying study, moving forward it all juddered to a halt…Continue reading

My name is John Baker.  I am 83 years old, ex-service, and worked in tenpin bowling on leaving. 17th Oct 2010, was the day I got ready for golf, and as I was getting nearer to leaving home.  I was feeling more and more tired, until I realised that I would not be playing golf that day, in fact, I would take to my bed, and be there, for the most part, for six weeks. Diagnosed as a Virus. I seemed to recover, and was back to regularly playing golf, and continued with my part time job, 2 days a week. In February I did a week’s golf in Spain, seemingly cured. Only to spend another six weeks off, from early March. Eventually I had to give up the job, and curtail my golf, sometimes not even managing 9 holes. Not played now for nearly two years. All the blood tests came back showing no cause for the way I was feeling… Continue reading Just over a year ago I was told by my doctor that he’d tested for everything and all was clear, but I was still suffering from terrible lethargy and head fog. Initially I’d had labyrinthitis followed by extreme lethargy keeping me in bed for about six weeks. I felt better in bed and I slept for about 14/16 hours a day. It was depressing! But I then got better for about a week and I heaved a huge sigh of relief only to have my hopes completely dashed when my symptoms returned for no apparent reason. This time they did not go away..Read more.. I always hated reading patients’ stories when I was ill. Especially the ones where the patients recovered. Those lucky, happy, helpful bastards. So now I don’t have a clue as to why in 2012 I read the book called “Secrets To Recovery” that consisted of nothing but recovery stories.  Whatever the reason was, however, for this one time I’m glad I read the book because it contained Alex Howard’s story that led me to the discovery of the Optimum Health Clinic. Read more.

I am forty one years old. When I was twenty years old we had just got married, had brought a derelict house and we were running our own business. I would write great big lists and not allow myself to go to bed until everything was done. We worked six markets and had one day buying stock. Our days started at 3:30am and finished late.

I started to get really tired. Customers would be talking to me and I would have to hold my eyes open as I felt I was going to fall asleep on the spot. One day after travelling home from the market I went to get out of the van and I couldn’t move my legs! It took all my effort to speak. I felt so ill. Read more….. 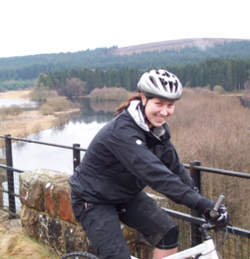 I was diagnosed with fatigue in 2005 and after a few years my health slowly improved though I was still prone to cold and flu type symptoms and sinus infections. In 2009 I moved to the UK (from New Zealand) and over the next 18 months I struggled with more frequent and long lasting colds. Although I was managing to work full time I was finding it difficult to participate in the sport and activities I loved and was feeling more worn down. When I looked through my training log and realised I had had 11 colds in the past year lasting on average two weeks (but some as long as 3-4) I knew I needed to look for further help. Read more ….

When I woke up one morning with a cold, I didn’t really think too much about it. I didn’t realise that my whole life was about to change. I went to work as usual and, when I started feeling worse, took some tablets and got on with what I needed to do. In spite of swollen glands I went out to dinner with a friend but the next day I felt so ill I actually stayed home in bed. I didn’t go back to work for four and a half years. Read more….

Life was difficult: from being a very active person before, I now had minuscule amounts of energy to use. My symptoms were almost entirely physical, and it felt like suddenly becoming a 90 year old. Walking to and from the nearest tube station was a big big deal, a once-a-day thing at most, so I had to drastically cut down all my activities and get tactical so I could do just the most important things I had to do. Read more..

With hindsight, I believe my fatigue started in c. 2003. I suffered a miscarriage at 12 weeks, and had to have a general anaesthetic as a result. After that, I started to have occasional woozy moments but thought nothing of it. In 2004 I was offered redundancy while pregnant, which I took without hesitation! I then had my first child, and was told I reacted to the pethidine with an unusual rash. I was obviously very tired with a new baby, and the days seemed to blend in to one another. After a few months I felt I needed to do something for me, and so started a tiny part time business from home doing something I love. This gave me a different focus for a short while which was psychologically invaluable, but did increase the pressure on my time. I started to have odd moments of feeling like I was sitting on a boat on a choppy sea, I suffered with more and more colds, and even though I grabbed chances to sleep whenever I could, I was still permanently tired. Read more…..

I first became involved with Alex Howard’s Optimum Health Clinic 3 years ago. I was then almost totally housebound and had severe cognitive impairment. For 2 years I had phone consultations with the nutritionist and made slow but steady progress. I was no longer housebound and my brain function had improved. However I was still pacing vigorously, resting 2 hourly. Read more….